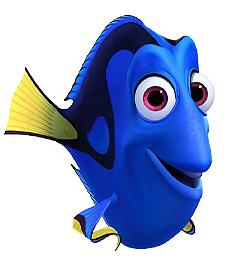 Here’s the thing. I went to a School School but now I teach at an Ad School. And it’s really different.

At School School, you study the books they assign you, do the homework they give you, take the tests they hand out in class. You’re checkin’ the boxes so you can make your parents proud and get good grades.

Good grades are fantastic if you want to be a certified public accountant or a lawyer. (Please, don’t be a lawyer.)

However, for those of you trying to get into the ad business (or any creative industry for that matter), let me assure you that no recruiter or CD will ever ask you what your GPA was. They will not care what school you attended, nor will they care if you even graduated. All that counts is your book. “Show me the work” comes before “Show me the money.”

But getting to a great ad portfolio is very different — and much harder — than getting great grades.  Mostly because there’s a single correct answer for any test question, one you can usually find written down somewhere in a book. A great portfolio, on the other hand, is a big hot mess of mind-roastingly cool ideas pulled out of the thin blue air and executed so well they raise the hair on an interviewer’s arms. But the main difference is this: the really great books are the ones filled not with problems someone solved, but problems they found.

Problem finding is way cooler than problem solving. Problem solving is easy. You just wait at your desk and after a while someone brings you a problem to solve. And even if it’s a hard problem, it still has an answer, maybe several, but there is an answer.

The thing about problem-solving in advertising? It’ll never take you to an entirely new place. And if you’re not doing something entirely new, well, it’s a little bit like this marvelously snarky news item from The Onion.

“LOUISVILLE, KY–With great fanfare Monday, Taco Bell unveiled the Grandito, an exciting new permutation of refried beans, ground beef, cheddar cheese, lettuce, and a corn tortilla. ‘You’ve never tasted Taco Bell’s five ingredients combined quite like this,’ Taco Bell CEO Walter Berenyi said. ‘With its ground beef on top of the cheese but under the beans, it’s configured unlike anything you’ve ever eaten at Taco Bell.’”

Problem finding is about exploring a thing so thoroughly, digging so deep, and thinking so creatively, that you begin to see around corners, and start asking questions — usually really stupid questions – and finally you flip the game so hard on its head that instead of thinking outside the box you sell the goddamned box on eBay and reinvent the problem, opening a hidden door that leads to more doors that all open into new and interesting places.

Remember, there was no job order for, say, Halo, or iTunes. Nobody walked in anyone else’s office and said, “Damn, if only you could solve this problem.”

Back in school, yeah, we solved problems; we sought order and found it in the predictable corners of the isosceles triangle. But in ad school, we’re looking for solutions to problems we don’t even know we have. Think about it. What “problem” did Sgt. Pepper’s Lonely Hearts Club Band solve?  What problem did YouTube solve?

Where problem solving ends after you solve the problem, problem finding means you’re just gettin’ started. And these cool discoveries, almost all of them happen out of a sense of play, not work, but play; they come out of the clear blue; out of a “Hey what if we…”

This leads me to a piece of advice I see becoming more and more relevant: “Always be inventing.”

Inventing means making something new; which is basically problem finding in my book. Inventing things uncovers new problems because with each iteration of a new idea, we see what are called “adjacent possibilities,” the definition of which somebody (can’t find the source just now) put this way: “The adjacent possible is what can be done with the next iteration using the elements present in this one.” The boundaries of the adjacent possible just keep growing as you explore the boundaries; doors opening onto doors.