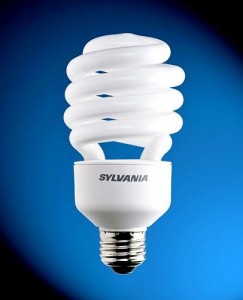 The new icon for a "long idea"?

Gareth Kay is one of the few certifiable digital experts out there and he proposes that there’s a subtle but important difference between big ideas and what he calls “long ideas.” These are ideas that are rich enough to be extended into digital and other channels for a long time. They are less brand ideas than they are brand stories.

Kip Voytek is another digital brainiac I’m lucky to call a friend and he added to Gareth’s description with this long wonderful email:

I still think it’s worth encouraging teams doing digital work to come up with good ideas – emphasis on good rather than big, and plural rather than singular.  I have a speech slide with a picture of Madden 2010, World of Warcraft, the iPad, and Nike+ and I challenge people in the audience to come up with the “big idea” behind each of these products.  While people invariably come up with a high-level descriptor, they usually wind up discovering that there are dozens and dozens of big ideas in them; design details, executions, lots of ideas that all add up to its market appeal.  When I had the Nike account in 2002, Nike kept asking us, “What is the big idea of this site, this app, this page?” An art director finally got exasperated at this ongoing request and said “Don’t you get it?  I have to come up with dozens of great ideas to make a great digital experience.  If you make me focus on only one, you’ll have an experience with one great moment followed by dozens of mediocre ones.”

Kip went on to suggest that teams who are briefed to find the one big idea almost always come up with a decent concept, while teams that are freed from the mandate for one big idea think about the long view of the customer and come up with rich experiences that work across the entire customer journey.

When we pay to slavish obedience to a “big idea” we can end up leaving a lot of good concepts on the table. Does every single thing we produce have to look like a clone of the main idea? My guess is no. Yes, it needs to report to the same brand, the same idea, but let’s not get all Concept-Nazi. Sticking to the war metaphor for a minute longer, I am reminded by a cool thing my friend Mike Lescarbeau (CEO of Carmichael/Lynch) told me: he compares a really good idea to a nuclear bomb and asks “Does it really have to land precisely on target to work?”

Come to think of it, long ideas apply also to other areas.

Is every single Beatles song the best one they did? No, but the Beatles story, the Beatles voice, the Beatles brand? Solid as a rock. I liken this long idea concept also to the output of authors. I happen to like Stephen King. In my opinion, the last top-notch A+ story he wrote was The Green Mile, but the dude keeps puttin’ the new titles out there and I keep reading because I love his voice. I love the idea of Stephen King. Long ideas are what you want for brands that are gonna be around for awhile. This blog, it’s a long idea, too. Not every posting is A+, but I’m pretty sure I’ve done some good ones. What’s more important is that I keep at it, keep posting, keep adding to the original iteration.

So remember: It’s not a big idea if it’s only a big idea for a while.