Political Advertising: “Have You No Sense Of Decency, Sir?” 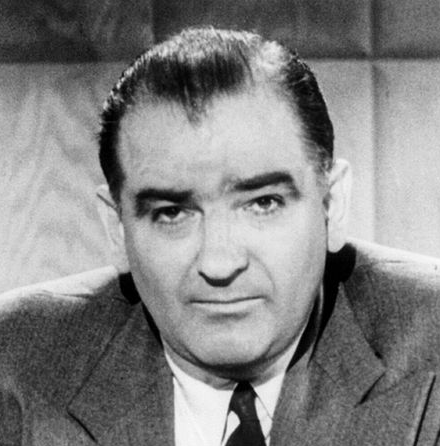 In his book about political advertising, Run The Other Way, author (and friend) Bill Hillsman observed: “Voters are fairly discerning about the difference between attack ads and legitimate contrast advertising, which present a fair-minded (though ultimately pejorative) comparison of policy differences.”

We know the difference. We know where the line is. Most politicians, however, do not. They not only take off the gloves but wear poison-tipped brass knuckles as they swing wildly for their opponent’s groin.

Most political ads seem to have a basic format: “Steve Johnson says he’s not a child molester, … but what do the facts say?”

Where, I ask, is their sense of shame?

Can you imagine what would happen to cola sales if Pepsi and Coke engaged in these horrible, groin-kicking antics? “Pepsi says it doesn’t have venereal dog turds floating in its carbonation tanks, … but what do the facts say?” We’d all grow so sick and tired of the cola industry’s morally bankrupt back-biting we’d be a nation of milk drinkers within months.

I look to one of our leaders, be it a Republican or a Democrat, someone who will have the stones to stand up and say, “This is wrong. We are done with this.” Someone with the moral fiber to call for a Geneva Accords of political advertising; to outlaw use of the poison gas of slander and libel. Winning anything isn’t this important.

Have they no sense of shame?

I am reminded of the moral stand made back in 1954  by a gentleman named Joseph Welch. He was the head counsel for the United States Army while it was under investigation by Joseph McCarthy’s witch hunt for “Communist activities.”

On June 9, 1954, during the hearings in Washington, D.C., it came down to this. One question posed by Mr. Welch to the moral cretin in charge of the hearings, one Joe McCarthy.