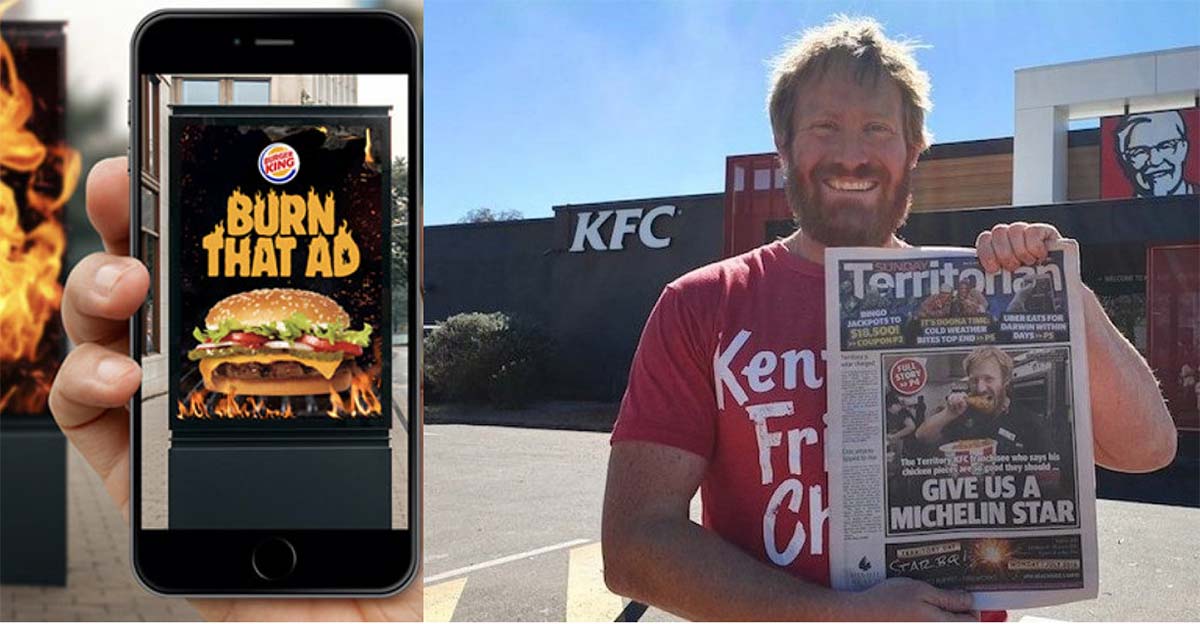 When brands don’t try to clinch the reins too tightly, marvelous things can happen, such as when Kentucky Fried Chicken let a franchisee vie for a coveted Michelin Star rating– yes, the famous award from the elite guide to fine dining. Sam Edelman’s store was KFC’s most remote location, way out in Alice Springs, Australia, a town of about 24,000 in the Northern Territory. Edleman started by creating a Facebook group, “KFC deserves a Michelin Star,” and fans everywhere shared his story. By the end of “Michelin: Impossible,” Sam flew to Paris to make his pitch to the International Director of the Michelin Guide. (He cited the guide’s own language: “The criteria for two stars are ‘excellent cooking worth a detour’ or ‘exceptional cuisine worth a special journey.’”)

Most brands wouldn’t risk letting a story like this out without knowing it has a happy ending. But it all happened in real time and it was the uncertainty, as well as the star’s loveable underdog status, that spread this story first around the Web and then into the global news.

“Shareable and participatory” also perfectly describe the Burger King app, “Burn That Ad,” created by Anselmo Ramos’s team at David. When you downloaded the app and pointed your smartphone at any competitor’s ad, augmented reality technology in the camera function made the ad appear to burst into flames. When the flames burned away, up popped a digital coupon for a free flame-grilled Whopper. Rafael Donato, Creative VP of the agency said, “With ‘Burn That Ad,’ we hacked the competition by leveraging our [product difference], which is fire.”