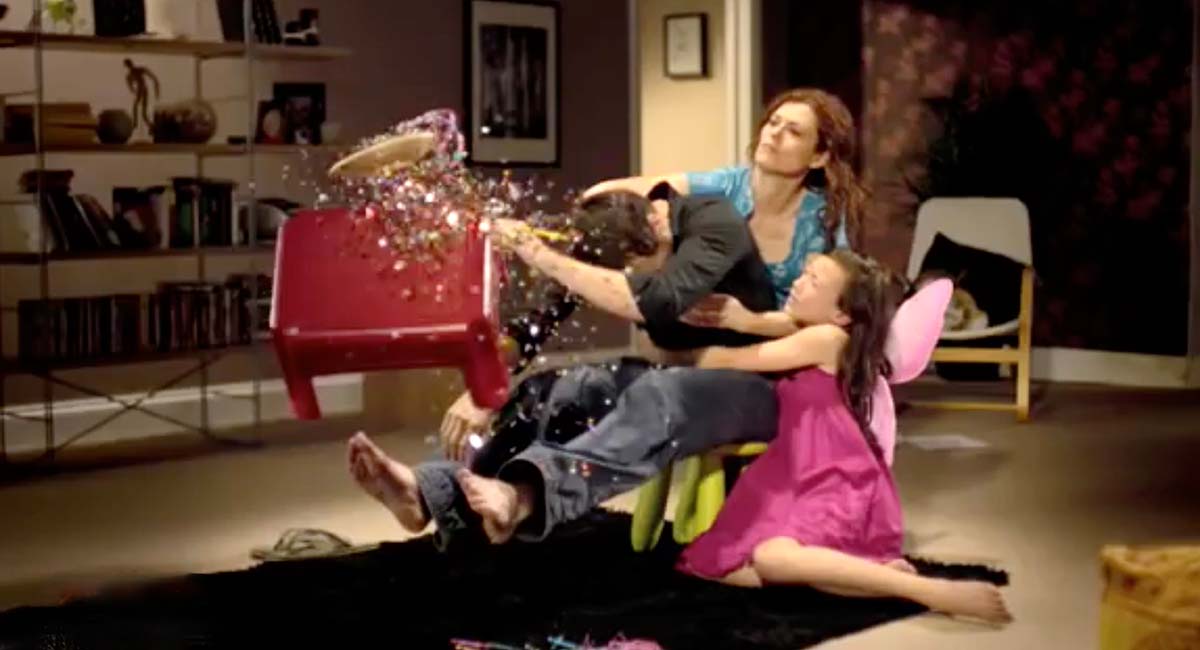 TV is a visual medium, and it begs for visual solutions. Me? I happen to prefer visual over verbal approaches in any medium. I’m not the only one. There’s a whole school of thought that says: “Don’t talk at customers. Tell them a story with pictures. Start with images. Stay with images.”

Yes, there are thousands of great commercials that rely on the audio or voiceover to work. But there’s an extra strength to TV concepts so visually powerful viewers understand them even with the sound turned off. This isn’t a rule; it doesn’t always work. But when it does, it’s great. It means you have a simple idea.

One of my favorite all-visual commercials was done for the Sussex Safer Roads Partnership in the U.K. It visually demonstrates why wearing a seat belt is important to both driver and family and does it without showing seat belts or even cars.

Shot in gorgeous slow motion, we see a man sitting in his living room pretending to drive as his loving family looks on. When the man’s expression implies he’s about to be in an accident, his wife and daughter rush to wrap their arms around him—one set of arms across his chest like a shoulder belt, the other across his waist.

Up to this point, the spot is already great but then it roasts your mind when the quiet living room environment explodes as if the room itself is a moving vehicle taking the impact of a crash. The super comes up: “Embrace Life. Always wear your seat belt.”

The video exploded online as well with a million views in its first two weeks on YouTube, and by three weeks, it had reached 129 countries. Writer/director Daniel Cox said, “We developed ‘Embrace Life’ to engage the viewer purely visually and to be seen and understood by all, whoever they are and wherever they lived.”

This commercial also brings home one of the maxims of television. “As a moving medium,” says author Pete Barry, “TV gives you the freedom to dramatize an idea in ways print cannot.”