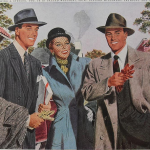 You’d think being an ad geek I would TiVo every episode of Mad Men, but for the life of me I just can’t stay with it.  The show feels like a wardrobe budget in search of story. (Gimme The Wire any day.)

The other thing that bugs me is the work that Draper’s agency does. It’s not that the ads suck; it’s that they don’t suck the right way. I have yet to see Hollywood really “get” advertising. (Closest they ever got was Albert Brooks’s Lost in America.)

Still, I like Mad Men’s art direction. I also like how the producers realized that an ad agency would be a good place to study the values of a given era. British author Norman Douglas agreed, observing: “You can tell the ideals of a nation by its advertisements.” I agree and have written here before about old ads; these windows into the soul of their times; the zeitgeist in rotogravure.

So when one of our studio artists here at GSD&M hosted a showing of original 1950s advertising artwork, I was first in line. 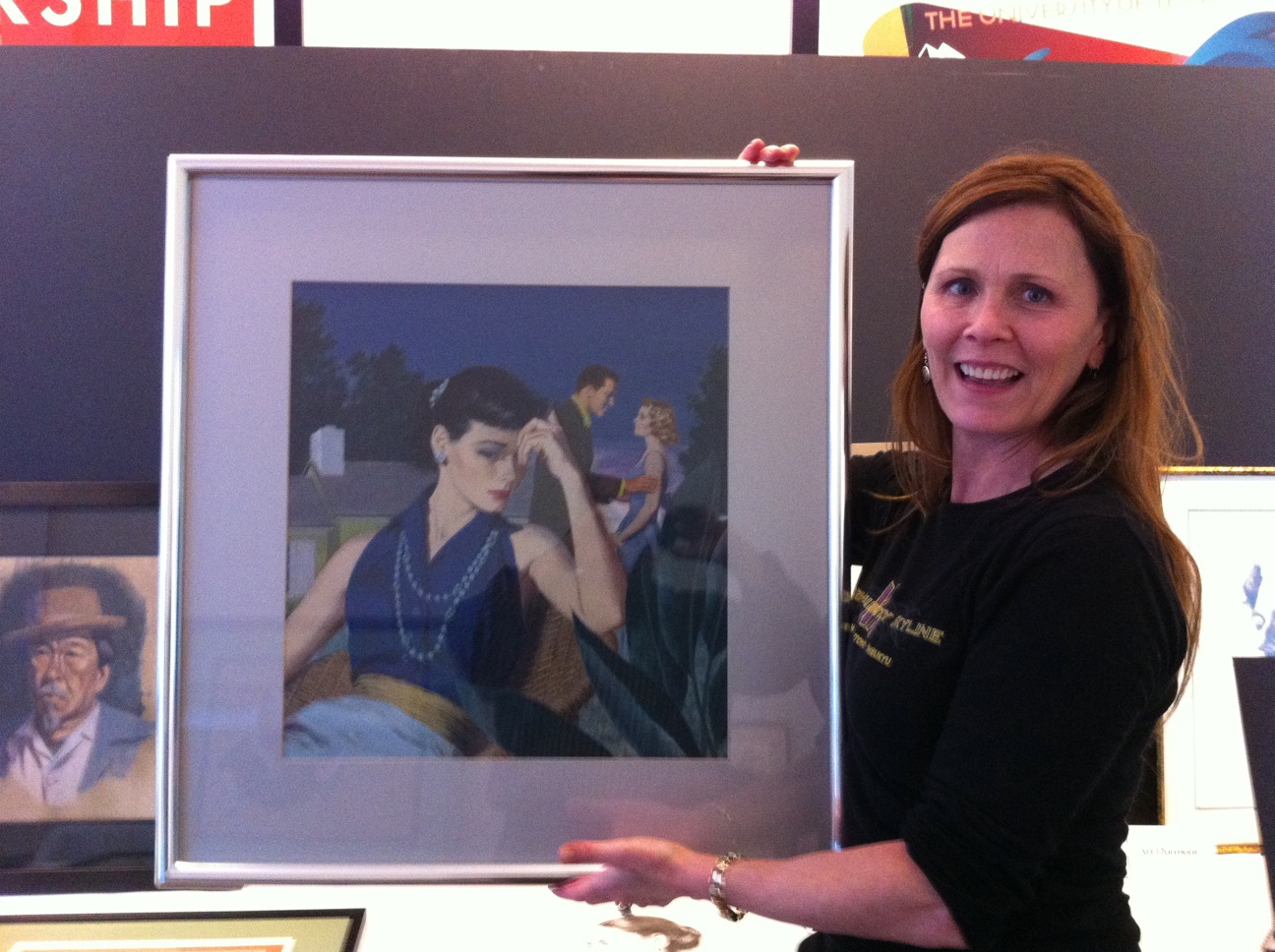 This is our Liz Dormont Hamel. The artwork she’s holding was done by her grandfather, Philip Dormont, who was an illustrator at Rahl Studios during the ‘40s. The piece was for an article, probably in one of the women’s magazines. (Her father, Art, was also in the biz and was what they called a “sketchman” at J. Walter Thompson in the late ’50s.)

Some of my favorite things on Liz’s table were the 15 or so ads for Stetson hats. Turns out if you needed to illustrate an ad for Stetson, Grandpa Dormont was pretty much to your go-to guy. The “illo” (as they called illustrations) at the top of this page is a Dormont. The thing is, Grandpa Dormont had tons of work because, in the ‘40s, hats were it. (Check out any photo of a crowd of men in ‘40s. It’s a sea of hats.) Seeing Grandpa Dormont’s ads made me realize how vastly different the business is today. 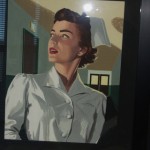 But gone, too, are some of the cool things; like this living room, drawn by the son, Art. 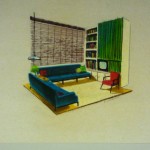 It makes me wonder what creative curiosities our generation will leave behind. (I see myself in heaven trying to explain what a “shelf talker” is. Or worse, a “shelf wobbler.” — “Okay, so it was this little card-thingie that sort of hung out into the grocery aisle and, um, sorta…wobbled?”)

I’m just realizing now how bad the resolution is on these photos, so I’ll just paste a few more of Liz’s ancient family art at the bottom of this essay and call it a day. But before I go, one from my friend Bob Barrie — a marvelous-but-never-published New Yorker cover that his dad did. In those days, guys like Bob’s dad were called “commercial artists.” Why they didn’t buy Mr. Barrie’s cool cover I’ll never know but I’d frame it if I were Bob. 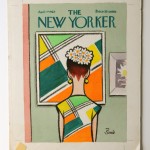 Okay, time to go. And if you want a nice deep dive into other eras of advertising, I direct you to the 9-volume set by Jim Heimann called All-American Ads. He’s gathered thousands of ads and parsed them into decades. Curling up with one of these giant tomes is a great way to spend a Sunday morning. It’s as if you’ve found a foot-tall stack of old LIFE magazines in grandma’s basement.

Note: All the art from the nurse on down is the work of Liz’s dad, Art (the perfect name for a “sketchman”). 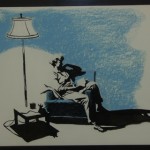 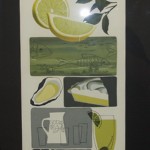 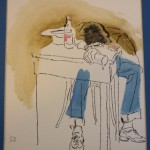