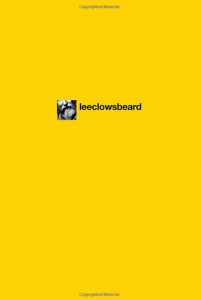 We all first saw Lee Clow’s Beard on Twitter and we thought, damn, Lee’s on a hot streak. All those one-liners were brill.

Long-story short, turns out they were all written by a writer from Dallas, guy named Jason Fox. Who ends up having lunch with Lee one day. Lee gives Jason the thumbs-up to keep at it, maybe even package it as a book. And now it’s here.

Memorize as many of these as you can – have ’em locked and loaded – for every meeting you walk into. In fact, buy two copies. Leave the other one out over by where the account people sit.

Dear Asst. AE: Please stop sending PDFs to the client with the closing “Let me know if there are any more changes.”

“What do you think?” is not code for “What’s wrong with this?”

“But some people won’t get this” is one of the first signs your idea might actually work.

Before suggesting any changes, first ask “Am I making this better, or merely just different?”

The more indecisive the client, the fewer options they should be shown.

Before you decree a standard for others, make sure you can meet it yourself.

Ask “why” when digging for insights. Ask “why not?” when reviewing creative.

“What we are trying to say with this idea” should be asked before writing the brief. Not as you’re showing it to the client.

Always assume no one wants to hear what your ad has to say, then give them a reason to.

Understanding that a single most-persuasive idea should not contain an “and” is apparently more difficult than I realized.

In the ad game, “Well, we got it all in there” should always be said with a deep sense of shame.

The next time someone says “We want to do something viral” sneeze on him. Viral is a phenomenon, not a strategy.

Never borrow interest when you can steal it outright.

Ads need two things. A reason to pay attention and a reason to be glad attention was paid.

Fortune favors the bold over the bold-faced. Write accordingly.

When concepting, it’s best to get as many people as possible into one room. And then go somewhere else.

If you insist on spending millions of dollars to go unnoticed, buy a stealth fighter, not an ad campaign.

Never use two adjectives when none will do.

Criticizing everything that comes across your desk does not qualify you as a critical thinker.

A writer who thinks visually is great. A writer whose words make others think visually, even better.

Sometimes the best way to collaborate is to simply get out of the way.

We sell stuff. Get over it.