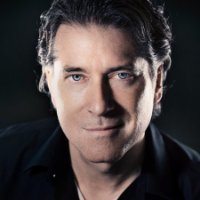 Kinda pisses me off that he’s both handsome and talented. (Would it kill ya to be just one, David?)

Recently I had the pleasure of talking with my old friend David Baldwin and was reminded again of why he’s held in such wide esteem by the ad industry. First off, for you students who don’t know his name, you should. I pasted his bio at the bottom, but by way of C.V., it goes: started in the biz 1985 >  Hal Riney > LeonardMonahan > Cole & Weber >  McKinney  > his own shop Baldwin& > board of One Show > and now I believe stores his awards in one of those POD thingys; not sure.

Anyway, I found an old article he wrote for CA magazine and excerpt it here for readers who are ad students. To those young ad geeks I’ve worked with, I direct your attention to the very first two things David lists. Ring any bells?

Excerpted from NOBODY CARES THAT YOU ONLY HAD THE WEEKEND.

Come up with ideas that generate other ideas. Don’t operate in a world of coming up with a commercial (unless that’s the assignment, of course.) One shots are just that. No one ever won a battle with one bullet. If you’re working in print don’t try to think of headlines. If you start from a big enough place it will actually be easier to come up with more ideas. The best ideas lead to other ideas. What do I mean by a big enough place?

Start with human truths. No matter what you’re working on use logic and emotion as your guide. My first filter when judging an idea is to ask myself if it’s true. Really true. If it is true, is it well articulated. Often I see great ideas that aren’t well-articulated or executed. Having trouble finding the truth?

Arm yourself with the facts. Nothing replaces relevant information. You cannot create around that which you do not know. You cannot get to the truth with knowing the reality. One other piece of advice, go offsite and concept in a bookstore like a Borders or a Barnes and Noble. You’ll have all sorts of reference within a minutes reach.

Ask the right questions. If you’re hitting a blank wall when trying to come up with something just start asking questions. To yourself and anyone else who will listen. Often by asking the right questions you’ll lead yourself right into some great answers. And coincidentally, right back into the truth.

Be fearless around bad ideas. There is no such thing as a bad idea when concepting. Often the worst ideas are your tour guide to the best ones. It wouldn’t be a cliché if it weren’t so damned true. My ratio of bad to good is probably 50 to one. I fill pages with bad. I build a monument to good on a trash heap of crap. I have worked with some people who almost never seem to come up with a bad idea. But it’s rare, and I’m certainly not one of those people.  If you are one of those people, congratulations. The real challenge is knowing the difference between the good and the bad.

Be honest with yourself. Come on, you know if something is good or not. You really do. If you don’t, that’s your problem right there.

Share your ideas with others. Bounce them off your spouse or your friends. If they don’t make sense to someone you know they won’t make sense outside of your agency.

Like anything else, the more you do something the better you get at it. It’s like working out in a gym. You get in shape and you’re able to lift more weight, do more reps and the like.

Remember it’s not supposed to be easy. That’s why they call it work.