My secret weapon for writing 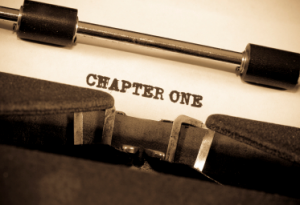 Recently a co-worker asked me in the hallway, “So I wanna write a book. I’ve got this idea. Maybe sometime we can sit down and you could give me, like, your main piece of advice?”

I surprised myself at how quickly I gave him an answer, right there in the hallway. But it’s the same answer I’d give even now, having had some time to think about it.

“The best way I know to write a book, actually the only way … is to be obsessed by it. Once you’re obsessed by a project, you do it. In fact, you can’t stop from doing it. That’s the way it works with me.”

I also know it’s not this way for everybody. I’m aware of plenty of famous authors who succeed simply by clockin’ in with regularity; by sittin’ down at the same time every day and diligently applying themselves to the task. For most of the writing projects that cross my desk, personal, work, or otherwise, I too write with this nose-to-the-grindstone workaday approach. But not for the big projects.

That’s probably a good thing, I figure. If all writers had to wait for obsession to drive them on every project, I think our libraries and book stores would be boarded up. Yet when it comes to the lengthy task of writing a book, I generally have to wait for an idea I like so much that I am obsessed by it.

Obsession is how I wrote my first book Hey Whipple, Squeeze This. No, it’s not exactly art, but without obsession, my advertising book would still be just the speech notes it started out as. But once it dawned on me that there were no good textbooks for students to learn how to create a decent ad, I was spot-welded to my computer. It was over.

I was at Fallon McElligott at the time. I wrote in between projects for Lee jeans or United Airlines.  But as the obsession grew, I found it interfering with my work. Since I was being paid to work at Fallon, not write some stupid book, I had to ask a colleague to actually come to my computer and (while I wasn’t looking) encrypt the whole project. I told ‘im, “Okay, now no matter what I say, don’t give me the code for two weeks.” That trick worked until near the end when ideas for whole new sections would occur to me and I could start a new file. It was kinda nuts.

Obsession is also how I wrote this new book, a memoir about growing up titled Thirty Rooms To Hide In: Insanity, Addiction, and Rock ‘n’ Roll in the Shadow of the Mayo Clinic. It was just one of those things I couldn’t not write. I think it’s pretty good, but you can be the judge of that when it comes out on July 3rd on amazon, Apple, Barnes & Noble, Sony, and Blurb.com. There’s a “trailer” for the book on Hey Whipple’s YouTube.