New career starts in September as chair of ad dept at Savannah College of Art & Design. 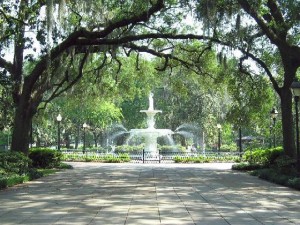 Just a bit of happy news in the Sullivan (and Whipple) household. Announced today the beginning of my second career. I’ve accepted an offer from the Savannah College of Art and Design to be the chair of their advertising department, startin’ this September.

I am crazy thrilled about it. For years, my favorite part of this business has been mentoring kids, teaching, lecturing, all that professor-y stuff – now I just get to do it full time.

SCAD isn’t new to me. I’ve been on their advisory board since 2009 and have spoken there a couple of times. Their Atlanta campus is extremely cool (they bought the HQ of some huge tech company that went bust right after they built this huge incredible building). But it’s the Savannah campus I’ll be calling home. I’ll be moving there with my wife and two boys (and two yellow labs) sometime this summer.

In the meantime, GSDM continues to employ me as I hand off duties to a really cool new person joining the agency in May (don’t think they’ve officially announced who it is yet). Plus I will be helping to recruit junior teams for a few open posts we have.

Also keeping me busy is the launch of my second book, a memoir titled Thirty Rooms to Hide In. Best description I can come up with is it’s sort of like The Shining, if it were a comedy. I’ll have a ThirtyRoomsToHideIn.com website up in a couple of weeks. Anyway, I hope you like it.
More later.