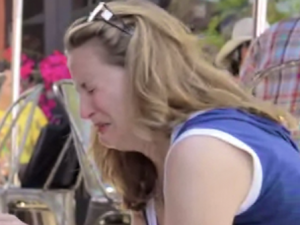 Selling stuff is so much more important than people.

Okay, I have the next viral branding stunt all figured. Just nailed it.

We go to a college and randomly pick ten freshmen for an “interview” in some office on campus. Obviously, the room will be wired for video and sound and we’ll record everything that is said. The fun starts when our moderator tells the first student:

MODERATOR: I am sorry to inform you that your father just died.

(Oh, the look on her face is priceless.)

MODERATOR: No seriously,” we’ll say handing her a Kleenex, “your Dad, he’s like totally dead. Takin’ a dirt nap.”

STUDENT: My dad, you mean my…

STUDENT [CRYING]: This can’t be happening, it, it…

(Keep the tape rollin’ fellas, this is golden.)

That’s when our moderator says, “That Kleenex you’re using, to sop up all those blubbery cry-baby tears? That, my friend, that is the new more absorbent Kleenex. Boy howdy!”

MODERATOR: Your Dad? He’s not dead, ya big silly. But … don’t you love how soft new improved Kleenex is?

Okay, so how is this stupid idea any different from those pranks we see more and more brands doing on YouTube?

Yes, they are clever but many of these pranks scare the heck out of people. Watch what they do to the poor lady in this video just to sell their stupid deodorant. The set-up of the stunt is very clever, no doubt, but does the lady look like she’s havin’ fun? 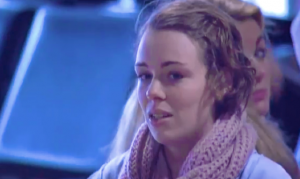 The latest prank makin’ the rounds is a concept to promote the movie “Carrie.” Again, I love how clever the set-up is, but look carefully at the video. Do the people in the coffee shop look like they are havin’ fun? 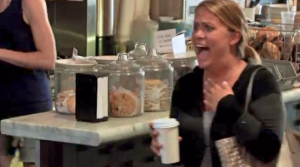 One could argue that this is experiential advertising; really good experiential stuff. Instead of just telling people that “Carrie” is frightening, they make them feel the product. On that score, this promo delivers.

But what if I staged, say, a terrorist take-over at La Guardia airport for the movie “United 93”?

Is a defense of “Well, come on!, We made people experience the product,” is that really justification?

I’ve told several friends how much I hate these fear-producing stunts, and some of my buddies just tell me to shut up and get over it. Maybe I am wrong. Maybe I’ve become the old guy on his porch shakin’ his fist and yellin’ “Now you kids git offa my lawn!”

But I’ll wager I’m not the only one who hates this crap. Am I?