Random Thoughts on the Word “Viral.” 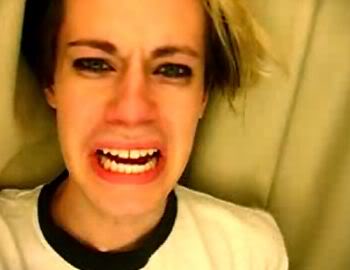 If one more person tells me they want something to “go viral” I think I shall retire to my chambers and weep softly until dusk.

No. They became famous by roasting our minds with rock and roll. The mind-roasting came first, the famous next.

So, can we please retire the word viral? And perhaps, even temporarily, use that old stand-by term “earned media”? It may not be as poetic but it hits closer to the truth. It describes how a good idea earns its coverage by being cool enough that people actually talk about it and pass it on to friends.

This is basically the idea behind a notion (attributed to Crispin), that goes like this: “What is the press release of your idea?”

What is the press release of your idea?

Now that…. that is the way to get to some stuff that’ll “go viral.”

A few additional observations on “viral videos”, if you please.

The word “viral” comes with some baggage, probably from its use in describing popular YouTube videos.

Here the word actually makes some sense, describing as it does the ex post facto popularity of a given video. What makes something popular is a subject that’s always intrigued me, so I recently studied several sites that rank the view-counts of popular online videos. The results were not encouraging.

Those of you who’ve seen the movie Idiocracy can probably guess where I’m going here. In the stupid future envisioned in this movie, the world’s most popular TV show was called “Ow! My Balls!” – a user-generated reality show full of accident videos, not unlike the worst of America’s Funniest Home Videos.

Perhaps that ancient advertising maxim, the one about how effective ads need babies or puppies … perhaps it’s true? They sure get the most clicks. If it is indeed true, again I find myself getting weepy.

Also depressing was the popularity of videos featuring people misbehaving, getting hurt, or doing something embarrassing that we can all have a good laugh at. People having bike accidents, the swearing Winnebago salesman, the Star Wars fightin’ kid, the angry German kid screaming at his computer, the bad sportscaster (Boom-goes-the-dynamite), the mentally challenged Miss Teen South Carolina, and of course Christian Bale and Bill O’Rielly screaming at people off-camera.

These were the videos with some of the very highest view-rates. The world of Idiocracy? It’s here. Such were my thoughts as I inched along the ledge outside my office window looking at the street below.

Eventually, however, I crawled back in my window. There were enough encouraging signs to buoy my spirits. Like the popularity of President Obama’s YouTube message. Or Randy Pausch’s Last Lecture. Or Christian the lion meeting his old friends again. These too were some of the most viewed videos.