Scenes From A Marketing Intervention on Subway Sandwiches. 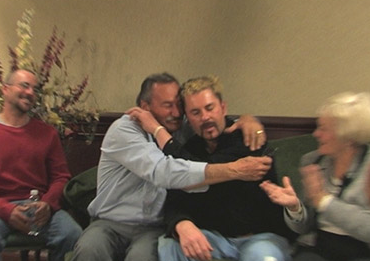 OH, SUBWAY, WHEN YOU COMIN' HOME?

Several years ago, I wrote an article for Adweek about the addiction some clients have to promotions at the expense of their branding.

“Should we throw out promotions and go cold turkey?” I asked.  “Of course not. In the retail world, promotions are an essential part of the marketing mix. What I’m suggesting is, first an intervention, and then partial withdrawal.”

Today, I think it’s time we intervene on Subway sandwiches.

OPEN ON JOHN X, SUBWAY’S CHIEF MARKETING OFFICER, OPENING THE DOOR TO SOME DINGY ROOM AT A HAMPTON INN.

INSIDE, HE’S SURPRISED TO SEE A GROUP OF 400 PEOPLE SITTING ON COUCHES, ALL WITH CONCERNED LOOKS.

INTERVENTION MANAGER: Hello John, these people here love your brand a lot and they don’t want to see you killing it anymore.

JOHN, SITTING DOWN: But …

MANAGER: With us today are representatives of the 300 agencies you’ve burned through on your promotional binge. Plus a hundred or so creatives who threw a year of their careers away hoping they might be the one to get you to stick with a decent campaign.

CREATIVE DIRECTOR #1: John, your promotions have affected the brand in the following negative ways. (HE STARTS BLUBBERING) I was up all night going through the YouTube collection of your crappy spots and I’ve never seen you commit to anything.

JOHN: Yeah, but I have all these franchisees who…

CD #1, GETS KLEENEX, CONTINUES: I saw some remarkably stupid shit with people holding up “five fingers for the $5 footlong.” And I cannot count how many idiotic spots I saw with sports figures – John Cena, Michael Phelps, some boxer named Mike Lee. Who the hell is Mike Lee?

CREATIVE DIRECTOR #2: I was so hopeful when you let our agency air the fat-people-eating-burgers stuff, but the next thing we knew, you were whoring around with that “Febru-ANY” campaign. And what happened with that marvelous “Badonka-donk” radio stuff?

JOHN: What about Jared? Whenever we ran him, sales went up.

CD#1: Then fine, stick with Jared but at least do something interesting with him, instead of the insipid, brainless, promotional crap you air.  What are you on, crack?  Jesus, Bob.

MANAGER: Calm down now. … So, Bob. What’s it gonna be? Can you commit to a good mix of brand and promo?  Can you find even a … a decent brand campaign and then really stick with it? And maybe cut back from 600 agencies to five or so?

THE SUBWAY CMO LEAPS FROM THE COUCH, RUNS,  THE CAMERA FOLLOWS HIM TO THROUGH THE HALLS DOWN TO THE PARKING LOT WHERE WE JARED WAITING FOR HIM IN A CAR. THEY PEEL RUBBER AND DISAPPEAR IN A CLOUD OF BLUE SMOKE.