Those Were The Days, My Friend.

These were my thoughts as I was looking through a collection of photos taken at a recent gathering of creatives from the old days at Fallon. The thing is, I still think of them as geniuses. Because they were. The proof was in the work, work which for years was the high-water mark of the industry. The get-together was held to observe and honor the resignation of one of Fallon’s creative stalwarts and cultural icons, Dean Hanson.

Dean, for those of you who don’t know him, is one of the best advertising people of all time. Somewhere he’s blushing at that grand statement but this is my blog and he’ll just have to get over it. One of the very first creatives hired when the shop opened in 1981, Dean has been doing gold One Show work for twenty-eight stinkin’ years, all at one agency. Twenty-eight years of gold One Show work and it never mattered who his partner was, or which client he was working on, Dean’s work was always amazing.

His abrupt departure from the once-storied agency had many people wondering exactly what happened at the famous final scene. But Dean is a class act and those details remain his business.

I was unable to make it to Minneapolis for the famous Dean Party and so had to settle for a  wistful click-through of photos several people had posted on Facebook. And as I clicked through, I was reminded anew of how many amazing creative people worked at that agency over the years.

For instance, this picture (a very small one, I apologize):

That’s Dean Hanson on the left, and on the right, Tom Lichtenheld, another incredible art director.

Tom’s last name is German for “lighthouse” but we mostly asked him, “Hey Tom? Do you need to be Licked-and-Held?” He rarely took us up on this. Tom is the only person I know who can get inebriated on a half a glass of beer. At a creative retreat in the ’90s, with a half a glass of beer in his belly, Tom spent the night making a horrible little “art film” full of feelings and bullshit and gave it the Windham Hill name of “Parallel Ironies.” He went on to be a CD at Cramer-Krassalt in his home state of Illinois. But nowadays you’ll find his name listed in the New York Times Best Sellers list, where you’ll see his sixth children’s book selling like hotcakes. Click here to see his “Shark vs. Train.” 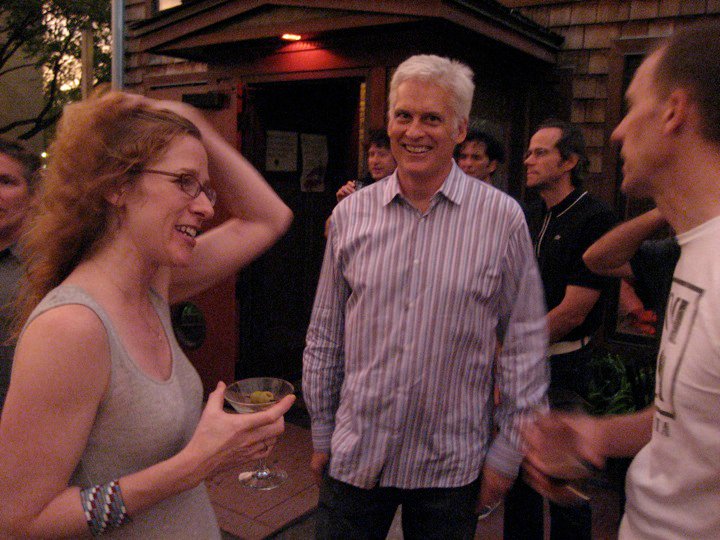 This guy in the middle is the famous Bob Barrie, now of Barrie D’Rozario Murphy. Bob is the single most award-winning creative in advertising history and probably the space-time continuum. Last time I sat in Bob’s office at Fallon, the weight of the 40 or so One Show pencils on his shelf actually bent the shelf making it sag like a donkey’s back. Bob was also famous for spilling coffee. I’m serious, it was legendary his inability to keep coffee in a cup. In fact, when the building got new carpeting we had a contest to see when Bob would ruin the carpet in his office. Like a fool, I put my bet at 10:00 am. The winning bet was 8:30, several minutes after the office opened.

To the left of Bob (we called him “Baub”) is Ellen Steinberg. She was one of the first women to break into the ranks (yeah, it was kind of a boys club, but just for a while). I’m sure privately she worried like I did, “Man, can we hold our own in this crowd?” But did she ever. Just look up her name in the annuals that Fallon pretty much dominated from about 1984 to ’96. And now she’s a big shot at McKinney where they just finished that cool campaign for Sherwin-Williams. Bless you, Ellen.

To the right, Bruce Bildsten. People …. this is the guy who brought to life what was pretty much the very first internet marketing smash, BMW Films. (Along with about 58,000 other great things.) He, too, was one of the very first creatives hired at what was then called Fallon McElligott. I always thought Bruce looked like Clint Eastwood. 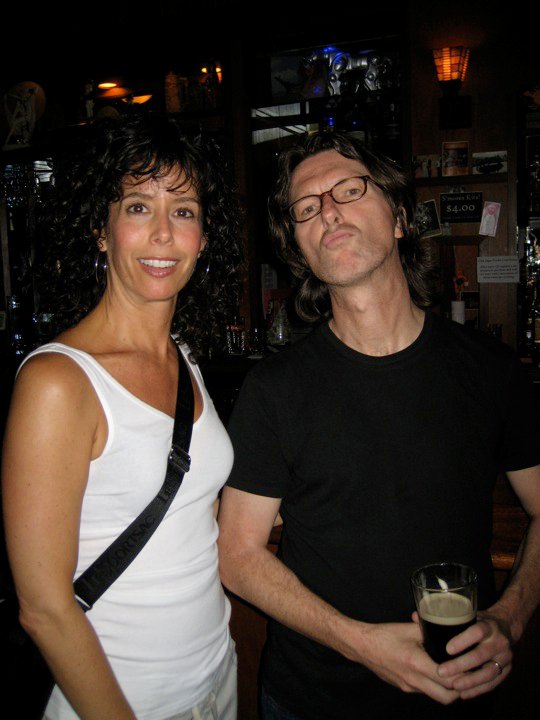 This is the lovely Julie Ruddy with Dion Hughes (also lovely). Julie was there forever as the creative coordinator, and she’d likely say  she was Mom to a whole bunch of babies. She could out-foul-mouth any one of us and was never at any time impressed with how cool and talented we all thought we were. Dion was one of the first out-of-towners brought into the fold and was my direct report for a long time. I used to give him shit for trashing most of my concepts. I openly called him the “Chipper” because presenting work to Dion was like feeding stuff into one of those wood chippers. 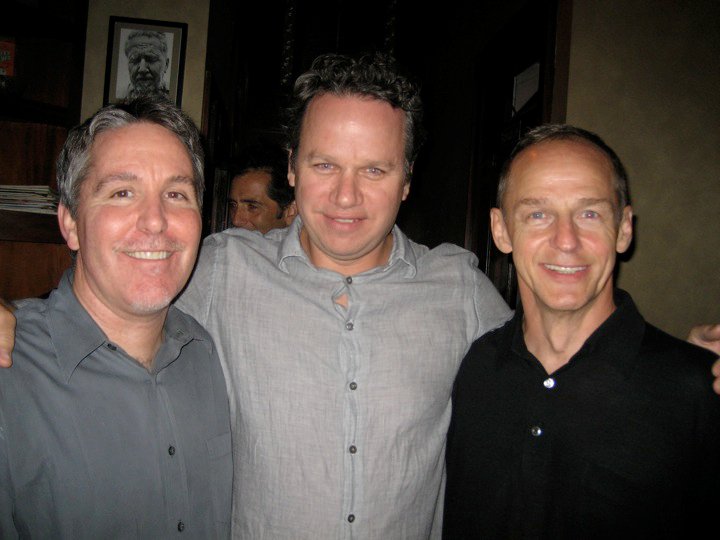 Left to right, here’s Dean Buckhorn, John Liegy, and good ol’ Dean Hanson again. Jumpin’ Jesus, all these people are so so good. (Buckhorn is one of the single funniest people in captivity.) The bench depth at this one agency went down for fathoms. I regret I do not have pictures of everyone. I know I’m missing all kinds of brilliant mo-fo’s, like Mark Johnson and Mike Lescarbeau, Mike Gibbs and Jarl Olsen, Judy Brink and Joe Paprocki, Bob Brihn and Doug DeGrood, and … jesus for what seemed like an elite group of extraordinary creatives, the list seems to go on.

I suppose we all have places we hold dear in our hearts. Times and places where everything seemed to be firing on all cylinders, where nothing was more important than the work, where every department was aligned to one purpose, where every person you met in the hallways was someone you can learn from, where politics didn’t exist, and everyone rooted for everyone else. That’s what it was like at Fallon McElligott. Those were the days, my friend.