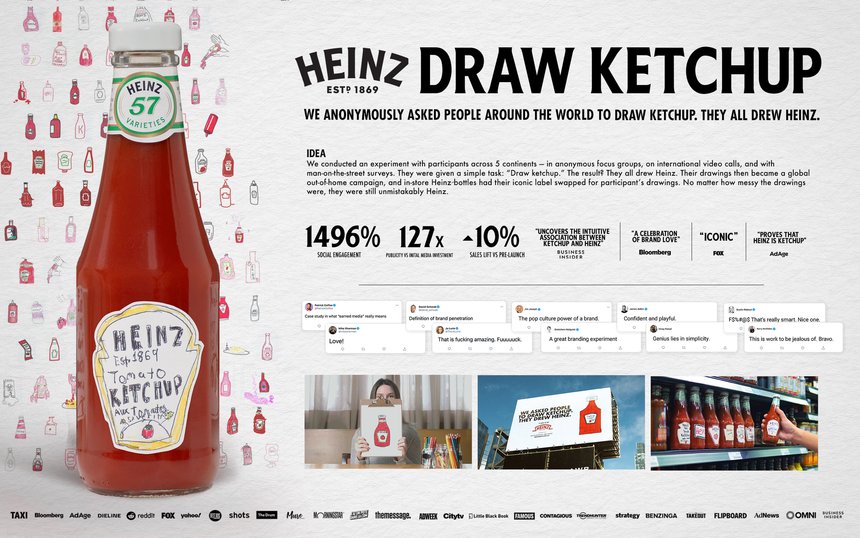 When you have big ideas where customers can create their own shareable content, it’s something close to a self-funded marketing campaign with an all-volunteer creative department. Because when you capture all that content, it can go on to become a draw in and of itself, beyond your original kick-off idea and if the online buzz and conversation amplify it, your idea can reach millions of people within a few weeks – all at a minimal cost.

Here’s a recent example of this process from ReThink in Canada for their client, Heinz ketchup.

The kick-off happened behind the scenes with an experiment. They anonymously asked a large number of people, in five different continents, to “draw ketchup.” They didn’t say they were representing Heinz or any other brand. But because Heinz is so popular, they knew what would happen. Most people naturally drew bright red bottles labeled Heinz and many of them even nailed the brand’s unique label.

To add to the talk value, Heinz took their favorite fan drawings and used them on a limited release run of their packaging. Then they kept the buzz going by inviting the public to submit drawings for a chance to win a new custom bottle featuring their labels.*