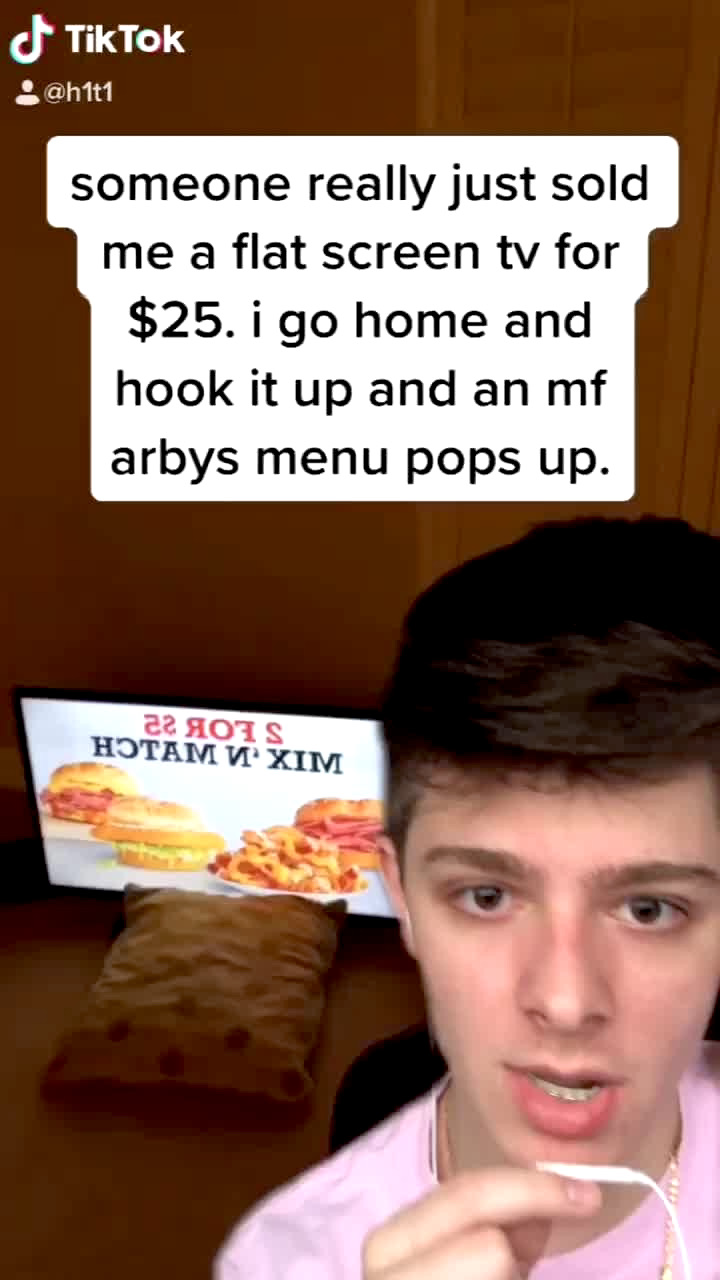 Social marketing is indeed a perfect place to play. And the sense of play in Arby’s TikTok debut was astonishing.

It started when a young guy, the soon-to-be-famous John Casterline, posted a video on TikTok showing a used flatscreen TV he’d just purchased for 25 bucks. But the TV displayed only an Arby’s menu and nothing else.

Fallon’s social teams were listening and posted Arby’s quick reply on TikTok: “We’ve been looking for this!”

Swan described the campaign that followed as improv. “When that kid posted about how his new TV showed only an Arby’s menu, we just played along. We called it the ‘Arby’s TV Cinematic Universe.’”

Casterline declined to give Arby’s “their TV” back and a few days later, in the sky over his house, a plane appeared towing a huge banner: “We want our TV back.”  By now, more TikTok users caught wind of this “battle” and the trend took off. Users contributed new storylines like the “discovery” of similar frozen TVs showing Arby’s menus, but in other used electronics, even in the console screen of a car.

Even Casterline’s local Arby’s changed its sign: “We want our TV back.” This banter continued for some time and culminated in Arby’s shipping Casterline a new flatscreen. When the kid finally showed off his new TV on TikTok, millions of followers saw the screen’s announcement about “The $5 Missing Menu Meal.” To get this new combo at a discount, customers just had to mosey on up to the counter and to say, “I have your TV.”

Neither the brand or agency ever talked with the Casterline directly because it would’ve made the whole thing “sponsored” and killed the authenticity. Swan also pointed out that a less digitally savvy company might have prematurely announced a big happy gift to the kid: “Like, ‘Yay! Free Arby’s coupons!’ But that would have ended it.” A good thing too, considering that by the time it did end (and the Internet always moves on), news coverage had helped deliver one billion PR impressions and Arby’s grew its following on TikTok by 88 percent.