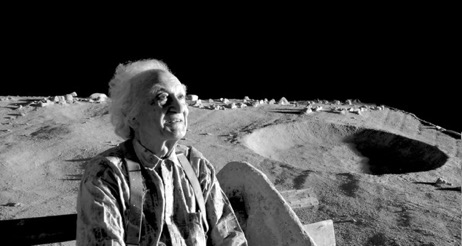 The annual Christmas commercials from British department store John Lewis are so stinking good, many Brits say they don’t feel the holiday season truly begins until they see the spots on the air. Most of them are viewable on YouTube and my favorite is a blockbuster called “Man On The Moon.”

The story in this masterpiece, without spoilers, is about a little girl with a telescope who discovers a lonely man living in a small house on the moon. After several unsuccessful attempts to contact him, she sends him a gift from John Lewis that connects them. It ends with a super: “Show someone they’re loved this Christmas.”

This commercial also highlights the importance of creating or finding the right music track to enrich the story. “Man On The Moon” plays out to “Half The World Away” by Aurora Aksnes, which amplifies this aching separation of souls. Watch the two-minute commercial and you’ll see how the right track can send even an excellent concept higher into orbit.

With this in mind, it’s a good idea to keep a list of music tracks you think might help enrich a story. Author Pete Barry says, “Archive it, just as you would a typeface, or a photograph.”