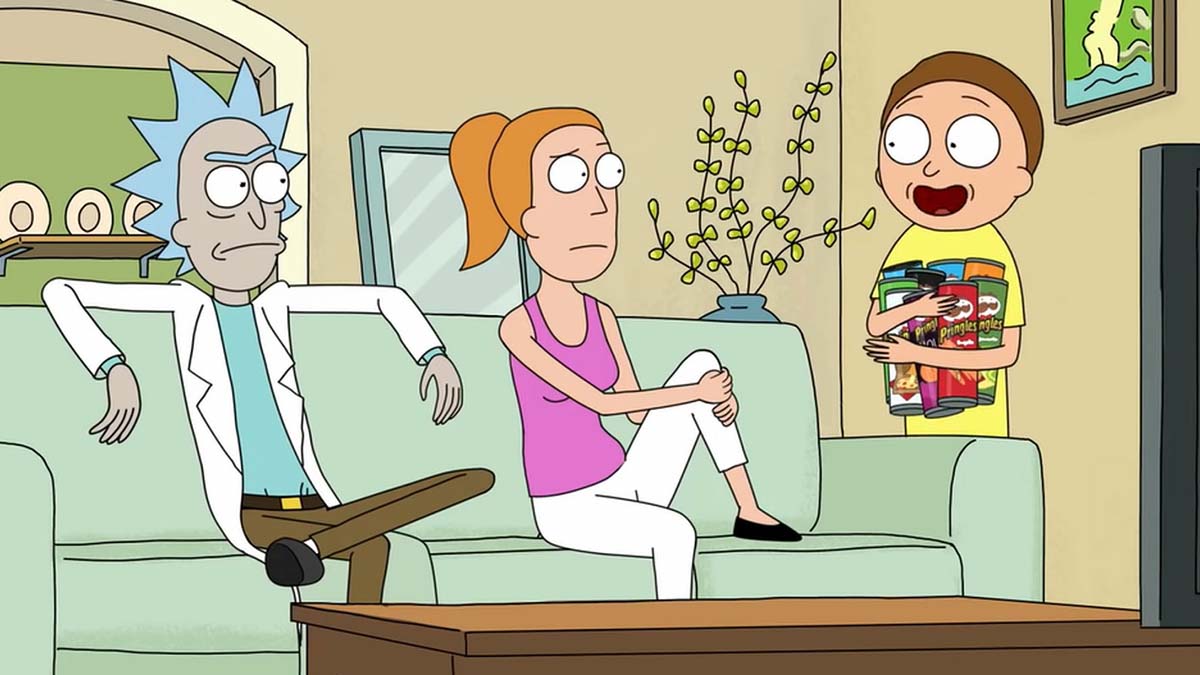 For my money, a great spot is a joy to watch from beginning to end, over and over, because there’s something new to look for in each frame. This is the kind of commercial which racks up huge views on YouTube. You probably have your favorites. A recent favorite of mine is the one Pringles aired on the Super Bowl 54 featuring Rick and Morty. The spot kicked off a new chip flavor, a refresh of the logo and packaging, and then was extended on social media, even to the convention floor at Comic Con.

What was smart, though, was the strategy of Pringles co-marketing with Rick and Morty. It leveraged both audiences beautifully. Pringles client Rick Maguire said the commercial was created with pure entertainment in mind. When you see the spot, I hope you’ll feel it looks like a Rick and Morty episode segment featuring Pringles, not a Pringles ad featuring Rick and Morty.”
In closing, your commercial should, like a TV show, be interesting from start to finish.