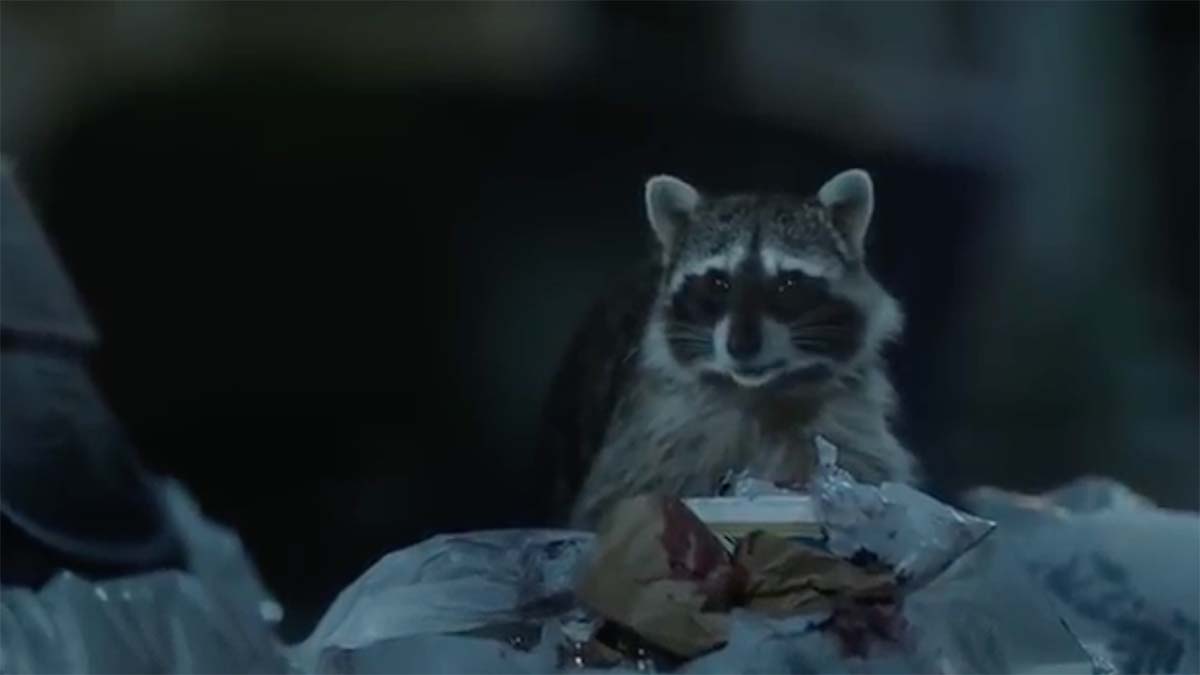 Concept for one screen, design for big screens, and optimize for small.

That advice (above) is from Joshua Baze, a respected digital strategist. He goes on to say, “People consume media on big screens and snack on media in small screens.”

On television, the commercial showed a group of three raccoons making a midnight raid on a suburban trash can. As one raccoon discovers some particularly gross things to eat, he tries to convince his buddies to taste how bad it is. The voiceover comes in: “If you taste something bad, you want someone else to try it. It’s what you do. If you want to save 15 percent or more on car insurance, you switch to GEICO. It’s what you do.”

The team could have finished making this commercial and left the story to play out its short life on television. But then they took these same chatty raccoons online in an extremely low-budget series of “cooking shows,” ostensibly produced by the dumpster-diving critters.* With recipes like “Week-Old Chicken Alfredo” and “Pepperoni Garbage Bread,” the videos moved the narrative to social for a longer life online, but packaged it differently for smaller screens.

* Message to the author from Sean Riley: “We shot and produced those Racookin’ videos ourselves at the agency. All based on tasty food videos which were popular at the time. Copywriter on the series was Ryan Durr, but I got to do the arm puppetry myself. I have to say it was the most fun I ever had in advertising. We had a food stylist too, of course, but in this case her job was to make the food look as shitty as possible.”