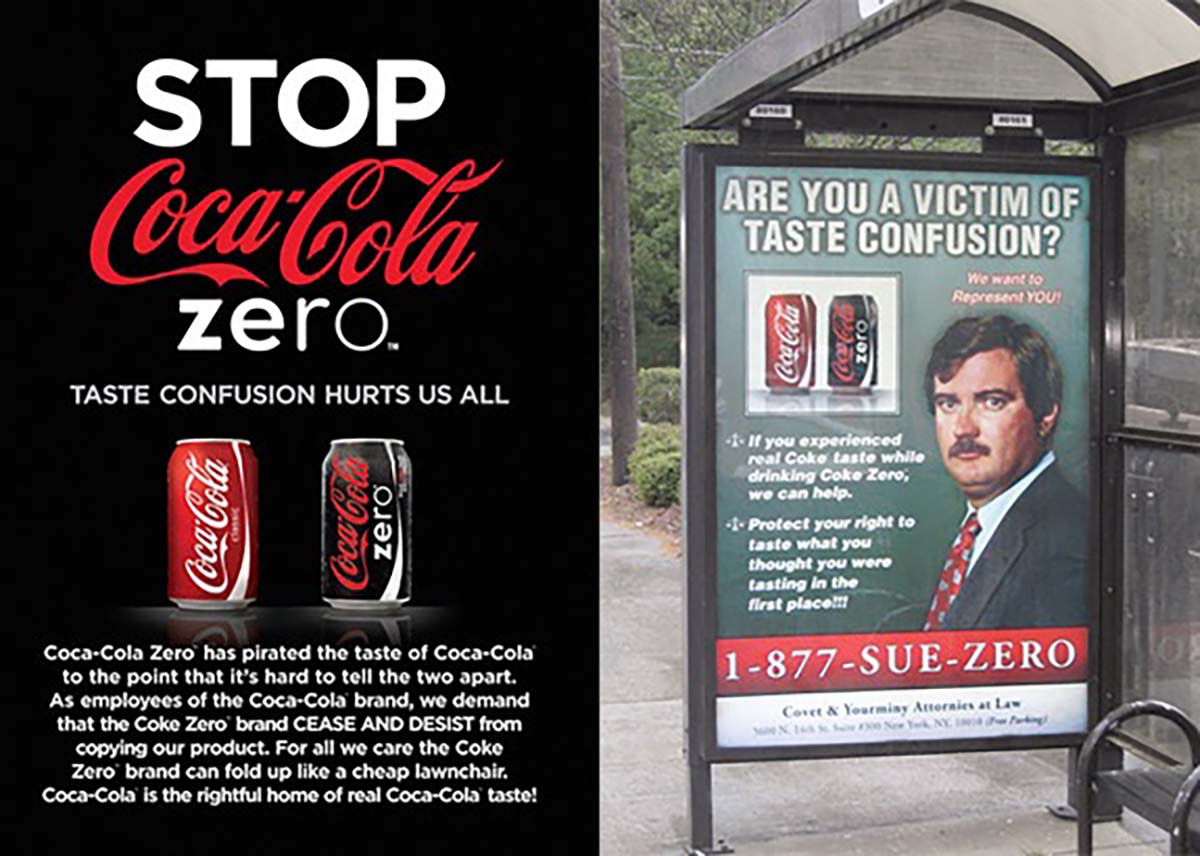 Here’s why the idea of rules is important: Once you’ve created a brand platform world with rules, those rules can be used again and again to spin other stories; prequels, sequels, and spin-offs.

Here’s an example of a great platform with a rich set of rules.

Coke Zero’s brief to Crispin was simple: communicate Coke Zero tastes as good as Coca-Cola. In Crispin’s final executions, two actors posing as brand managers for the main Coke brand were filmed trying to hire actual lawyers to sue those Coke Zero guys downstairs—for what they call “taste infringement.” In one of the many sessions filmed with different lawyers, an improv actor asked, “Can we sue them just to get it into court and humiliate them?” The lawyer answers: “It’ll be dismissed. You’ll be humiliated. And get fired.”

Question: What are the rules of this brand platform?

Answer: The rules of the “Taste Infringement” legal world were all about courtrooms and lawyers; all those conventions you’ve seen in every TV courtroom drama – “I object” and “Guilty as charged” and “Order in the court!”

Rules from the legal world allowed the creatives to come up with other stories. One such spin-off for Coke Zero was a sub-campaign about an ambulance-chaser of a lawyer trying to file a class-action suit: “Are you a victim of ‘Taste Confusion’?”

Then, in an online execution of this idea, there was an interactive website where you could use Coke Zero’s “Sue A Friend technology.” If a friend started wearing a cool shirt you wore first, just fill out the form, and sue ‘em for taste infringement.

Billboards appeared, one reading: “Coke Zero tastes so much like Coke, our lawyers have contacted our lawyers.”

As you can see, a platform is an idea that creates ideas. And the richer the set of rules in your world, the more stories you can pull out of it. This is why platforms often last much longer than campaigns.