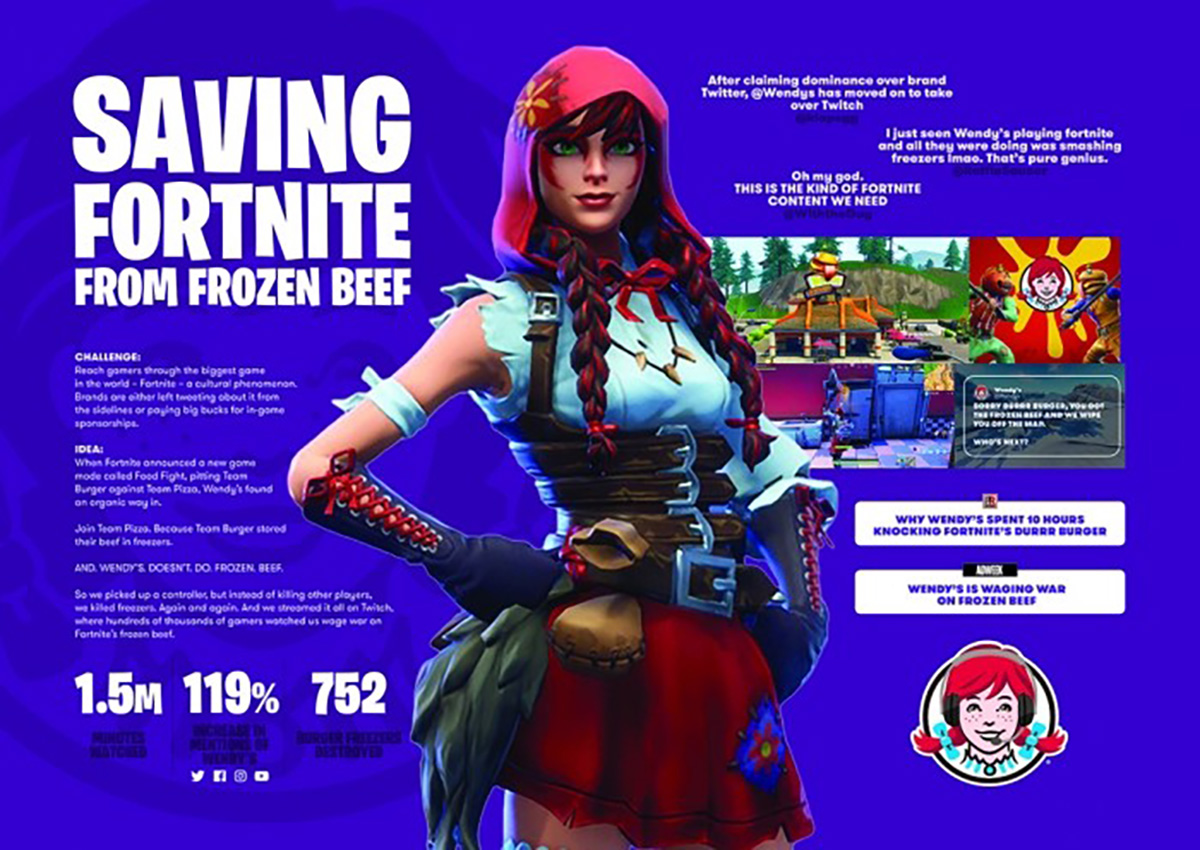 Fortnite had introduced a new in-game mode called “Food Fight,” where players could join a team from one of the game’s two restaurants: Durr Burger or Pizza Pit. Wendy’s agency, VMLY&R, noticed that in the back rooms of all Durr Burger restaurants were big freezers, where presumably they stored their virtual frozen patties – the total opposite of Wendy’s policy of “No Frozen Beef Ever.”

The “campaign” started when Wendy’s had some of their own people play the game using an avatar outfitted to look like a warrior version of the Wendy’s logo.

“Wendy” joined the Pizza Pit team and set about destroying all Durr Burger’s virtual freezers. This brilliant Trojan Horse of an idea blurred advertising and entertainment, attracted millions of views, and put their key message in front of the exact target audience they were seeking.