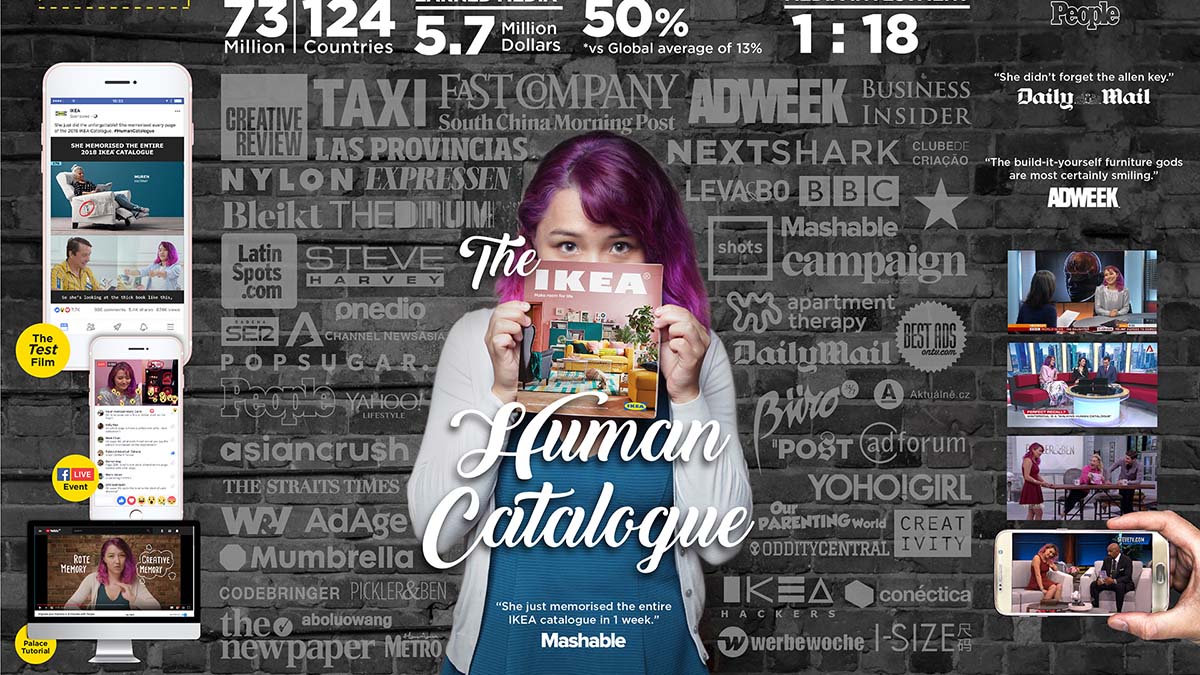 IKEA asked their agency BBH to come up with an interesting way to tell the world they were about to release their latest catalog. The creative team could have just done an ad that read, “Look for redecorating ideas in our new catalog.” Instead, they roasted everybody’s mind by finding and hiring two-time world memory champion Yanjaa Wintersoul to memorize the entire 328-page catalog.

They filmed the entire process of testing Yanjaa to see if she’d in fact memorized the whole thing. That video alone was probably enough to make awareness of the catalog go viral. But to quell any doubters, they followed up with a Facebook Live event and invited people to come put the Human Catalog to the test. People talked about this idea so much the free media coverage went worldwide.

As you watch this fascinating video, you may suddenly realize you’re avidly watching page after page of a stinking catalog; a catalog made riveting by being at the center of a remarkable idea.